Good news for the UAE: No value-added tax (VAT) increases for upcoming 5 years.

UAE Minister of State for Financial Affairs Obaid Al Tayer said at the Arab Fiscal Forum the government has no plans to raise the rate of VAT or excise tax in the near future.

He was answering to a January note by S&P Global Ratings which believed some GCC countries may double the rate of VAT to 10% to raise government revenues, by between 1.7% to 2% of GDP

Not so good news: The framework for corporate tax is under study, as per Al- Tayer.

Corporate tax is already applied on certain sectors but will now be expanded to include all UAE businesses.

We’ll get to that.

But what impact has the 5% VAT had or will have on the country?

In a study, the Alliance Business Centers Network (ABCN) said UAE businesses will be least affected by the imposition of VAT because it is one of the lowest rates in the world.

“Also the government will also be pumping back tax funds into the development projects which, in turn, will boost a number of industries in the country including investments in artificial intelligence, ICT and other traditional investment sectors,” says a new study.

Among Arab countries, the study showed that Tunisia imposes the highest VAT at 18%, Algeria 17%, Egypt 14% and Lebanon at 11%.

The ABCN report said Expo 2020 plans and projects will not be affected, evidenced by 2018 federal and local budgets showing government spending on development is increasing.

Property consultancy Jones Lang Lassalle (JLL) said VAT in the UAE may impact parts of the real estate market in 2018, in particular, the retail and office segments.

“Softer conditions and about 2% added to consumer prices will force landlords to take on additional costs, so if anything it’s going to be a negative, but not a big negative,” Craig Plumb, head of research at JLL Mena (Middle East and North Africa), told media last week.

Plumb said JLL witnessed an increase in real estate deal making in December 2017 before the tax came into effect.

“I think a lot of it was people bringing forward transactions to avoid the VAT, and January has been definitely a quieter month because of that,” he said.

Al Bawaba published a YouGov a January 2018 survey of over 1000 UAE residents that showed 62% of them expect VAT to be a challenge for the country, revealing cost of living concerns and worries about potential new taxes.

“49% expect to spend the most additional cash on fuel and their daily commute and 48% on groceries,” said the survey.

72% of those surveyed said VAT would either discourage tourists or weren’t totally sure of that, while 42% thought it could discourage expats to move to the country.

“As the UAE is getting to grips with VAT, this research reveals a community still largely uncertain of its future impact,” said YouGov head of Omnibus research Kerry McLaren.

Corporate tax: Already there but more on the way

“At the time being, we are not about to implement the corporate tax, but we are studying the possible tax framework. We are in the early stages of studying the [corporate] tax legislation,” Al Tayer said.

S&P stated that the implementation of a 15% corporate tax, 15% income tax and 5% remittance tax would increase government revenues by only 3-4.5% of GDP.

Trading Economics said that the Corporate Tax Rate in the UAE stands at 55 percent, an average it held from 2003 until 2018.

Wait, the UAE already has a corporate tax in place??

According to Dubai taxes.com, a UAE official site, the UAE levies almost no taxes on the local businesses, and the corporate income tax is not an exception.

“Only major petrochemical companies and foreign banking institutions are liable to corporate taxation in UAE,” it said.

Those companies, which carry on oil exploration activities in the UAE, are liable to the corporate taxation at the average rate of 55%.

“International banks that operate in the UAE have to pay a 20% fixed tax on their annual taxable income.”

Disclaimer: This is not a research report of Quantum Auditing. These reviews should not be taken to constitute advice or recommendation. Quantum Auditing does not claim it to be accurate nor accept any responsibility for the same.
Source of information: ameinfo.com 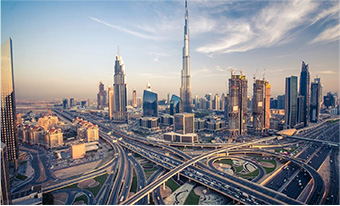 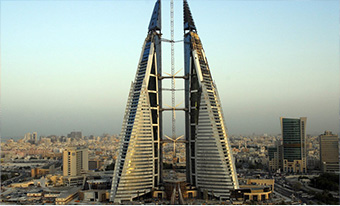